Inner Wheel was officially born in 1924 – and its centennial anniversary is rapidly approaching – thanks to the initiative of a group of ladies who met at the Turkish Baths in Manchester and gave start to one of the most important volunteering Organisations in the world. 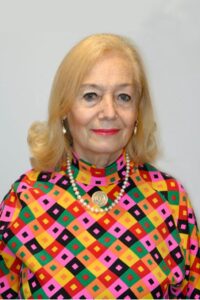 Since that inaugural date, IW has been tirelessly working in favour of needy human beings, mainly girls, young and old women.

The UN’s 4th World Conference on women held in Beijing, China, in 1995 has brought steps forward in some areas of women’s and girls’ lives but poverty, discrimination and violence are still strongly present in their lives.

The UN 2030 Agenda clearly states that gender equality and the empowerment of all women and girls is the catalyst for the achievement of all sustainable development goals.

The Under Secretary General and UN Women Executive Director Phumzile Mlambo Ngcuka declared that “One half is an equal share and only equal is enough”.

Women helping women, then, is the orientation of my IIW’s Presidential Theme 2021-2022 “PINK FIRST”.